Marston rowed for four years (1889-92) for the famous sculler and college crew coach Charles E. Courtney, whose Cornell crews would sweep the varsity eight, straight four/junior varsity eight and freshman eight events at the IRA’s seven times before his death in 1920. Marston was captain of the Cornell crew in 1891-2.

Charles Kendall Adams was named UW’s President in 1892, having come from the Presidency of Cornell. As described by Cornell University sports historian, Bob Kane, Adams “recognized rowing’s remarkable contribution to Cornell’s worldwide recognition as a university, and he immediately set out to achieve a similar boon for Wisconsin .” Adams hired Marston at Wisconsin part-time in 1894 (for less than 4 weeks) to help the fledgling varsity sport better prepare for only their third non-intramural contest.

Marston brought to Madison the rowing and training techniques from Courtney’s world-class rowing program. He also increased the level of confidence among the oarsmen, who now saw their sport rising both in visibility on the Madison campus and in competitive opportunities against other more-established rowing programs. The Badgers, having lost - without a coach - to Chicago’s Delaware Boat Club in the spring of 1893, defeated this same crew of older, more experienced rowers in their return contest under Marston in 1894.

Amos Marston’s part-time contribution in 1894 was the essential transition to Wisconsin’s hiring of a full-time crew coach. 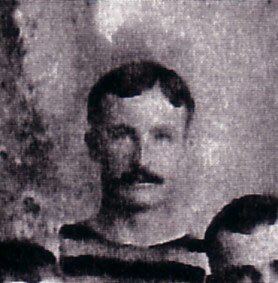