Beye also noted that rough water on Lake Mendota kept the crew on shore an average of two or three times per week. Two weeks before departing for Poughkeepsie , “the coach (O'Dea) was not able to train the fellows from the launch, as ours had given out absolutely.”

Cornell had gotten revenge for Syracuse 's 1904 varsity eight victory by winning by a margin of twenty lengths; the crew is regarded as the greatest that Charles E. Courtney, the Cornell wizard, ever coached. 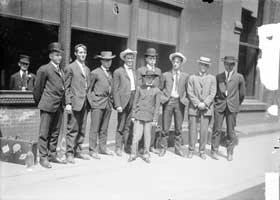