May 12, the Daily Cardinal reports on page 1,

For the first time this year the crew training table was set up in the YMCA dining room last night and fifteen varsity crew men began a regular order of meals.” Also noted was news of the coach's launch, “The ‘Cardinal' launch is till out of commission but arrangements are being made to procure some smaller boat.

May 15, the Wisconsin State Journal published this article (page 7),

The Board of Stewards of the Poughkeepsie Regatta have changed the date of their regatta from June to July 2. It is now tentatively planned the crew will leave Madison June 17 instead of June 12. The oarsmen will thus be able to write most of their examinations here and it may not be necessary to send a faculty member to Poughkeepsie to give finals there.

On the same of May 15, the Daily Cardinal reported on page 1, “A proposition has been completed whereby an 18-foot launch owned by C. I. Westover of Madison will be taken to Poughkeepsie , instead of the ‘Cardinal.' The Westover launch weighs only 700 pounds, while the ‘Cardinal' weighs several tons. Dr. S. H. Chase, a practicing dentist who is the son-in-law of the owner, will handle the boat in the race.”

June 16, the Daily Cardinal wrote on page 1, “Crews Leave Lower Campus at 4:40 AM Tomorrow and Northwestern Station at 5:00 AM - Band Will Be Out. 500 Loyal Rooters Will Accompany Them (to the station). ‘If the crew men could get up at 5 o'clock every morning to row, the student body can get up once at 4:40 to see them off.' ... A special (railroad) car containing the new shell, the Badger shell, a four oared barge and Mr. Westover's twenty mile an hour speed boat will accompany the oarsmen.” 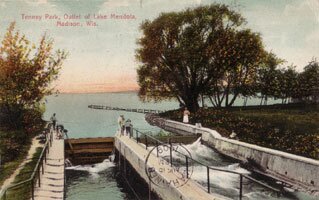 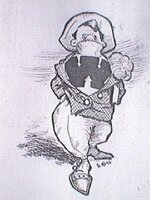