Sometime in 1916, the “odd-shaped” Union Boathouse (extension/expansion?) was built near the Union . A motorized launch was kept there and is also the location where lifeguards were stationed.

Joe Steinauer, Wisconsin's swimming coach in the 1940's, operated the boathouse when it was first used for crew practice in 1920. At that time there was one crew launch. Since then the boathouse has acquired a 28-foot Chris-Craft equipped with a two-way radio, a mile beam searchlight, and other life-saving appliances. It is called the Isabel after the first captain of the lifeguards. Harvey Black, the manager in 1945, said he has seen swimmers among the ice-flows during the months of March and April.

Only intramural competition took place, though reports in the school publications indicated even then, that as many as 165 men competed during a single season.

Syracuse won the varsity eights and junior varsity eights competitions, while Cornell won the freshman eight race. All three events had only four entries each. 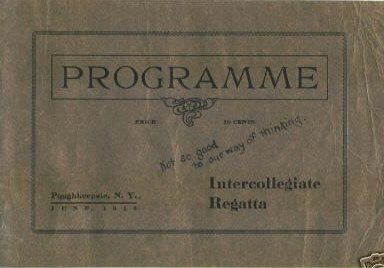 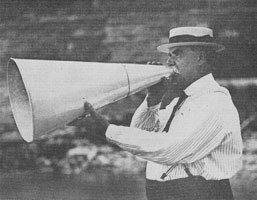