Then Washington Coach “Rusty” Callow, who helped found the Dad Vail Regatta in 1934 for new or smaller crew programs, now held in Philadelphia in early May, once wrote, “I recall once when I was coaching at Washington (later at Penn) in '26 or '27 we stopped at Madison to row the Badgers on our way to Poughkeepsie. “Dad Vail had only a fair crew. He told me that his crew's showing against the Huskies spelled whether or not his Wisconsin crew would go to Poughkeepsie . So I told our coxswain to row around twenty-four and stay beside the Badgers until the last quarter mile, then go and win by a couple of lengths. They did, and right after the race “Dad” came right up to me, stuck out his hand and said with a warm grip, ‘Thanks Pal.' We both went on to the Hudson. Dad did have some very fine crews at Wisconsin , but that was not one of them.” Future Badger Crew Coach Norm Sonju was Captain of the Washington boat that visited Madison in 1927.

May 21, 1927, the UW Athletic Department announced the withdrawal of the school from the annual intercollegiate regatta at Poughkeepsie . Finances were probably part of the cause. Syracuse , too, was negotiating regularly with their Athletic Department. Also, in the opinion of “Dad” Vail, the varsity crew was “too weak to be a worthy representative of the University at Poughkeepsie .”

The UW freshman crew later did enter the regatta and was 7 th of seven entries.

The Badger freshman performance was described in the New York Times , “ Wisconsin , last at the beginning of the race, last all the way and last at the finish, brought up the rear.” 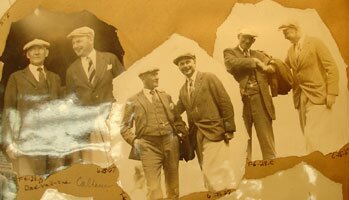 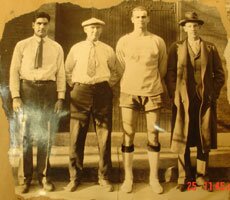 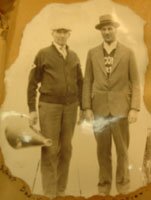 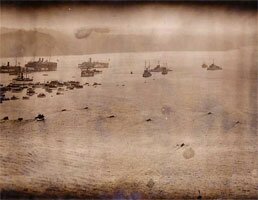