In January of '47 Norman Sonju, former co-coach of crew at Cornell for 10 years, and a former outstanding Washington oarsman, was induced to come to Wisconsin, and is now hard at work teaching Badger oarsmen the famous “Conibear” Washington stroke.

April 4, two new Pocock racing shells arrived, the first new boats since 1941. The Wisconsin Crew Corporation News Letter of April 1947 also said the crews had been working out on the Yahara River in four oared barges. Coach Sonju wrote he had concluded Wisconsin should have superior crews than most Eastern rowing schools for three reasons: Wisconsin has a larger enrollment, the water on which the crew rows is on campus and, last but not least, , the open water on the Yahara river in the wintertime. The average ice thaw/opening for Lake Mendota is the 6 th of April.

On May 3, Wisconsin 's JV ( 5:44 ) defeated Marietta College by 1 ½ lengths at the Cincinnati Regatta on the Ohio River at the Henley distance of 1 15/16 miles. Thousands of Cincinnatians lined the bank to watch this first event of its kind on the Ohio near Cincinnati .

UW's JV-8 ( 5:44 ) defeated Marietta College by 2 ½ lengths at the Henley distance (1 5/16 miles). The University's third varsity was to race Marietta College 's JV but the event was canceled when Marietta 's shell was damaged at the start, when caught in th moorings of a stake boat. UW's 3 rd JV itself narrowly escaped a similar swamping when a speedboat cut close to its port side.

Harvard ( 6:05 ) won the Eastern Sprints on a 2,000-meter course on Lake Carnegie ; Wisconsin did not participate.

May 24, Coach Rusty Callow's Pennsylvania (10:51.08) - jumping to a half-length lead at the end of 600 yards, the Penn crew steadily increased their lead to a length and a quarter, but with a half-mile to go the Badgers started to close the gap - defeated Wisconsin (10:52) in a two-mile race on Lake Mendota by one-third length. UW's JV-8 rowed a dead heat (5:48) with Madison West High School over a one mile Lake Mendota course, after the Prep crew was given a 20-second head start, or approximately five lengths.

“Most memorable to our stay in Madison were the incredible beef steaks served to us at the Student Union Building. The chef must have thought that oarsmen had to eat like football players. The steaks were bigger than any sane person would consume at one sitting, and even that was after (Washington Coach Al) Ulbrickson had told the chef to cut them in half,” said Pocock.

These orders, heard from the referee's lips at the start of the IRA's are sending alumni and enthusiasts to the starting line of another Poughkeepsie Regatta this year. Wisconsin 's fine coach, Allan W. Walz, who brought Wisconsin its most successful rowing season in 55 years, has left UW to fill the position of Coach of Crew at Yale University. Assistant Coach Roy Rom took over the coaching duties in October and remained until February, when our new coach, Norm Sonju, arrived to relieve him, and Roy left to join Coach Walz. We all wish coaches Walz and Rom the best of luck in their new positions.

Coaching the Wisconsin crew this year will be Norm Sonju, coming from Cornell University where he was assistant coach under H. H. Sanford. Reporting to Sonju for winter training were six lettermen and the varsity coxswain; along with several oarsmen of the 1942 varsity (returning from the service). Using these men as the nucleus, winter training has started on the Yahara River .

History may repeat itself when one considers that the Poughkeepsie Regatta race has been cut in length from four to three miles, as was the case in the period following the first world war. It was felt by the coaches that the four mile distance was a little too long for crews using men who may not have rowed and kept in condition during the war period. Incidentally, there will be no observation train along the banks of the Hudson this year; it was torn up during the war years.

This season the Wisconsin cew coach will have the use of a coaching launch designed expressly to facilitate coaching. We refer to the type of boat utilized by the eastern crew coaches which has a front cockpit. The “Dad Vail,” a 28 foot speed launch, will still be available for coaching purposes, but the new boat, with its front cockpit, slow speed, and relatively quiet wake, is more adaptable to coaching purposes. The new launch was purchased for use as an auxiliary coaching launch and for use on the shallow, narrow Yahara River .

Another happy note was received when we were notified that the crew will have two new Pocock “eights” sometime in March. These will be the first new shells made available to Wisconsin crews since 1941.

Navy won the re-started IRA (after a five-year hiatus) on June 21, 1947 on one of the few three mile courses to date at Poughkeepsie regatta. Navy (13:59.2) was followed by Cornell , Washington , Cal , Princeton , Penn, MIT/Syracuse/Wisconsin (tied for 7 th ), Rutgers and Columbia .

The junior varsity finished Cal (14:30.3), Navy, Cornell, Washington, Syracuse, Penn, Princeton, Wisconsin (15:04.2; the year 1947 was the Badger's first JV eight participation in the IRA's since the event replaced the coxless Varsity Fours in 1914), MIT, Rutgers and Columbia. Wisconsin fielded no entry in the freshman contest of seven boats, won by Washington (7:40.3).

Navy won the Poughkeepsie Regatta Trophy, the predecessor to the Marietta and Ten Eyck Trophies, for the best average finish of its three eight-seat boats.

Unrelated to Wisconsin's crew history (though UW participated in the IRA's of 1947) but an interesting example of the mind games possible at major athletic events, Washington rower, boatbuilder and author Stan Pocock (No. 2 seat; his boat placed third in the 1947 varsity eight event at the IRA's) tells the story of his Poughkeepsie Regatta experience in 1947:

Another pre-race occurrence - remembered vividly, even to this day - did not help (encourage us). Three or four of us were sitting by the river's edge one evening enjoying the quiet serenity of the moment. Little was heard save the murmur of conversation. Out of the dusk an eight appeared. It was close to shore, and there was no launch accompanying it to disturb the tranquil scene. As the shell drew near, I saw it was the Naval Academy Varsity. The Navy shellhouse was a mile or so upriver, near West Point , and the crew were heading home from a late evening workout. They ghosted by, making not a sound. We stood, watching rowing at its best. As they disappeared into the gathering gloom, there was no more conversation. We had seen an awesome display of rowing ability and a great bit of gamesmanship. Navy beat us that night. Later, I was told that the man rowing in the bow was Alan Shepard, the future astronaut. All I saw of him on race day was a fleeting glimpse out the corner of my eye as they charged by us on their way to winning the cup.

On June 28, 1947, after the IRA's, Wisconsin competed in the 2,000-meter Seattle Invitational Sprint Regatta (a/k/a the “Northwest Maritime Regatta”). Badger coxswain Carlyle Fay remembers the trip out from Chicago to Seattle. The Lake Washington Regatta had chartered the Olympian Hiawatha , which had planned to deadhead to Seattle and then start its initial service to Chicago as its sister train left Chicago for Seattle. A total of eleven crews went west on the Olympian Hiawatha's maiden trip. The westbound trip began with lunch on Monday, June 23 and ended with breakfast Wednesday, June 25.

Cliff Rathkamp (Bow) was named to the All-American crew in 1947.

Ned Ten Eyck retired from Syracuse University as head crew coach after the 1947 season. At the Royal Henley Regatta in the summer of 1947, John Kelly, Jr. (brother of Princess Grace of Monaco ) won the Diamond Sculls competition. This was considered sweet revenge for his father, legendary Philadelphia sculler John B. Kelly, Sr., who, though a successful businessman, had been barred from competing at Henley , in 1920, because he “wasn't a gentleman.” (He once was a bricklayer.) Kelly, Jr. wore his father's old sculling hat for the victory and the elder Kelly then sent the sweaty cap to the King of England.

Carl Holtz, in the 1947, began assisting in crew coaching at Yale under former UW coach Allen Walz. Holtz was later hired away from Yale by Patrick Cudahy, the Milwaukee meat-packing entrepreneur, to work in the Cudahy family business, as well as to head the Milwaukee Rowing Club and to act as Mr. Cudahy's personal trainer in rowing. The Patrick Cudahy Foundation later contributed funds to the UW crew team to purchase a new shell, named after Holtz. 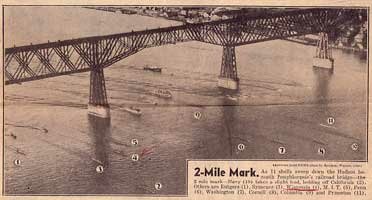 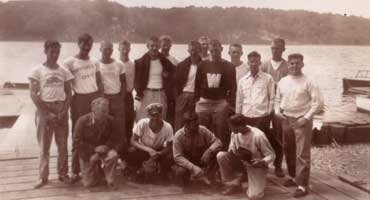 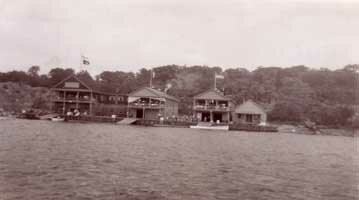 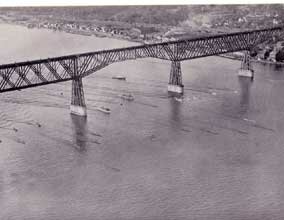 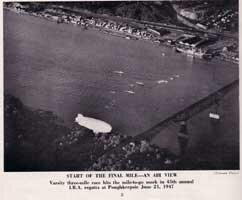 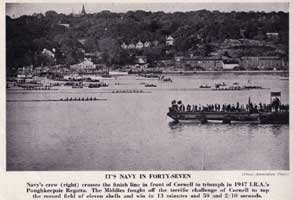 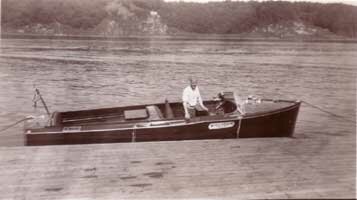 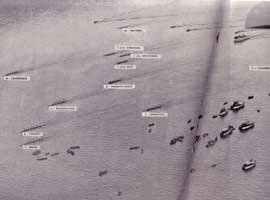